Create a matrix to test your solutions.

Only inconsistent evidence can help you distinguish the differences between your solutions.

The Hypothesis Testing Matrix is a simple matrix with your evidence listed down the left-hand column and your different hypotheses going across the top (see the diagram below).

Step 2:  List your hypotheses in the columns across the top of the form (shown below).

Step 3:  List your significant evidence down the left-most column. Evidence is information that can either support or refute your hypotheses. 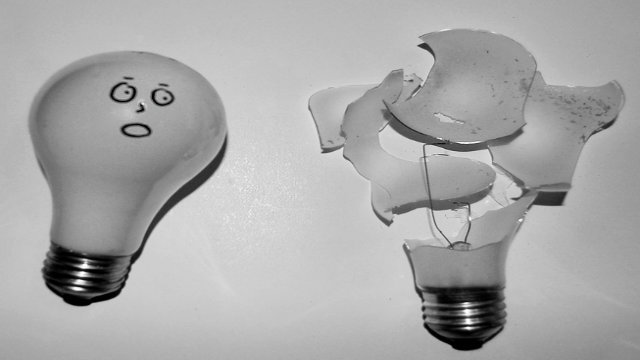 Step 4:  Test the evidence for its consistency with each hypothesis. Use “C” for consistent, “I” for inconsistent, and “?” for ambiguous.

Step 5:  You can reset the matrix by rewriting your hypotheses. You can also add new evidence or new hypotheses.

Step 6:  Delete evidence that is 'consistent' with all hypotheses.

Step 7:  Re-evaluate and confirm the validity of inconsistent evidence.

Hypothesis Testing Matrix Form:  Use this form to test your different solutions. 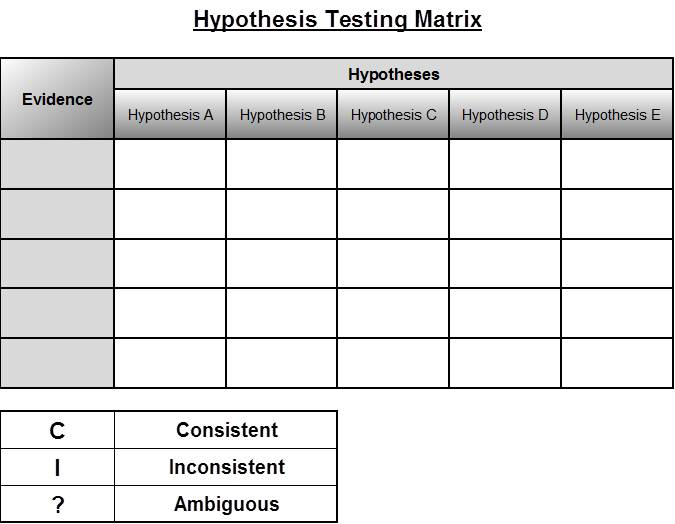