Identify forces that cause change. 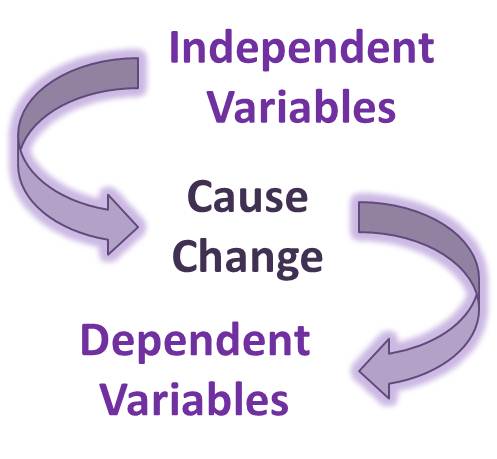 Forces are typically independent variables that cause change. They can help you better understand the relationships between your data. Forces can illustrate:  sequences, correlations, cause & effect relationships, and variable dependencies.

Forces can help explain the dynamic features of your situation.

Driving forces are those forces affecting a situation that are pushing in a particular direction; they tend to initiate a change and keep it going. Forces acting to restrain or decrease the driving forces are called restraining forces.

Step 1:  Identify all possible forces that influence your issue. Look at:  costs, benefits, needs, wants, interests, attitudes, traditions, values, rules, policies, resources, relationships, and leadership. You may also want to look at your list of Factors for more of your variables.

Step 5:  Sort your two lists from strongest to weakest.

Step 1:  Identify the forces that deserve the most attention.

Step 2:  Compare items on both lists. Are there any restraining forces that offset driving forces?

Step 3:  Develop strategies to promote the outcomes you prefer and prevent those you don’t favor.

Step 4:  How can you strengthen the forces that positively influence the outcomes you prefer?

Step 5:  How can you weaken the forces that hinder the outcomes you favor?